Top 5 Thursday is a meme that I create to make lists of things involving TV and movies. I would love for anyone that sees this post to make list of their own whether it's in the comment section or on their own blog.
Since I started watching Agents of S.H.I.E.L.D. this week and I'm a huge fan of Joss Whedon shows I thought that now was a good of time as any to make a list of my favorite episodes which there are a lot more than five but I'll only be mentioning five of them. 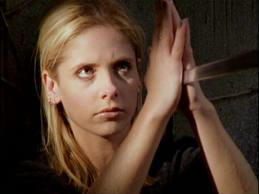 1. Buffy the Vampire Slayer: Becoming(2.21-2.22): The season two finale of Buffy the Vampire Slayer is one that just got me I felt like there were high stakes both for the world in general and Buffy's emotional stakes as well. I just really loved this episode that was the conclusion to the Angelus storyline which was both action packed and emotionally draining which I think of as a good thing in this situation. My heart broke for Buffy more than once in this episode when her mom found out she was the slayer and when she had send Angel to hell once he got his soul back. I'm not sure that I'm explaining my love for this episode properly but it's pretty much my favorite episode of all time. 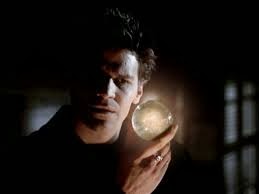 2. Buffy the Vampire Slayer: Passion(2.17): This is another great Buffy season 2 episode this one is the one that shows just how cruel Angelus is it shows how Angelus saw murder as his art and how he just loved hurting people with how he elaborately laid out Jenny's body and watched through the window as Buffy and Willow received the news this cruelty and psychological torture he inflicts on everyone through out the episode is what makes him one of my favorite villains. This episode is also very sad with how it raises the stakes with Jenny's death and how it's the first episode where a character that the audience deeply cared about died, I also enjoy the fantastic monologue about passion. 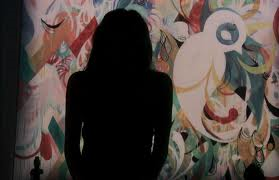 3. Dollhouse: Belonging(2.04): This is probably the most disturbing episode of tv that I have ever watched and I love it for that because the concepts of this show where always somewhat disturbing but the show was never more honest about how disturbing it was then they were in this episode. The backstory of how Serria ended up in the dollhouse is both saddening and terrifying she literally just said no to a guy and he had her drugged declared insane and was taken to a place that stripped her of her identity and he could use her whenever he wanted. This episode that ended up showing not only Serria history but also her taking revenge which only led to damaging her more but on a somewhat happy note she realized that she was in love with Victor despite that not making a whole lot of sense to her since she couldn't even really remember spending time with him. This is also a great episode for Topher's development as a character with him wanting to help Serria and realizing that all this time he wasn't helping her but instead helping her get hurt and I liked how this was one the earliest episodes in which Topher starts to develop a conscious and I kind of love how it's in such a painful way and it really does start to change the way he thinks about the dolls. 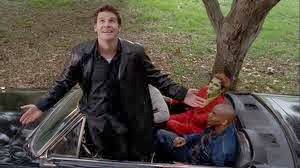 4. Angel: Over the Rainbow(2.20): I honestly loved all of the episodes that were set in Lorne's world but this is the first one so I decided to put this one on the list. I really just enjoyed watching this episode and I loved meeting Fred for the first time and I loved that Cordelia was made ruler. I also loved how excited Angel was when the sun didn't set him on fire. 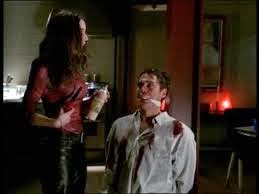 5. Angel: Five By Five(1.18): I overall just really loved Faith's arc in generally but this episode was probably my favorite part of it with Faith becoming increasingly violent and reckless as the episode goes on until the end when she just kind of breaks and begs Angel to kill her.
Posted by lillylilac at 2:44 PM