Please tell me your thoughts on this episode.
Posted by lillylilac at 5:00 PM No comments:

Agents of Shield: I Will Face My Enemy(2.04)Review

Please tell me your thoughts on the episode.
Posted by lillylilac at 5:00 PM No comments:

TV Review: How to Get Away with Murder: Let's Get to Scooping(1.04)

How to Get Away with Murder: Let's Get to Scooping(1.04)Review

Please tell me your thoughts on this episode.
Posted by lillylilac at 4:06 PM No comments:

Book Review: Gallagher Girls: Out of Sight Out of Time

Out of Sight Out of Time Review

The fifth book in the Gallagher Girls series starts months after the last book but Cammie doesn't seem to be able to remember anything that has happened over the summer so while she's able to get back to school, her friends and family she still doesn't feel like she's safe there because she has such a large gap in her memory she doesn't feel like herself and so she makes it her mission to recover her loss memories. Her friends and family think that there's a reason that Cammie can't remember last summer so they try to discourage her quest but it soon becomes clear that she refuses to give up the search for loss memories.

There is also progress in what the circle is after and it's revealed that Cammie learned what they were over her summer that she can't remember and it's also revealed why the circle have had such an interest in Cammie these last couple of years. This plot point does a really good job at tying the series all together with how it points out the importance of the first book which while a lovely and fun introduction to the characters and world of the series didn't really seem all that connected to the rest of the series before it's revealed that the events of the first book are more important than readers would assume.

This book is overall good the story was interesting and the characters were great as always and there relationships with each other were even better and I felt that quite a lot of important things happened with the plot in this book. Overall this was a great book in a great series. Please tell me your thoughts on this book or just the series in general.
Posted by lillylilac at 4:06 PM No comments:

Top 5 Songs from The Family Jewels: Marina and the Diamonds 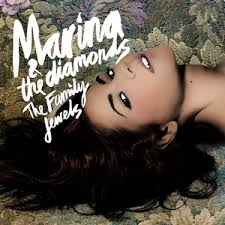 I really love music and I feel like I don't really get a chance to talk about it so I decided that making a list of my favorite songs from certain albums was a good place to start and since Marina is one of my absolute favorites I thought this was a good place to start.
1. Oh No!: This song is fun it's one of those songs that make you want to dance and sing along to it which is enough to make me listen to it on repeat but what truly makes it great is that the meaning behind the lyrics. This song is about going after who you want to be and making your own dreams come true but doing what you dream to and being who you want to be and not caring about what anyone else thinks about it and being completely unapologetic in how you go about in achieving these goals. I also love how extreme the stacks are played as in the song with the whole "I'm going to live/I'm going fly/I'm going to fail/I'm going to die" I just love how success seems to be the only acceptable option and I also love the whole "I always feel like I'm the worst/so I always I act like I'm the best" I love the whole fake it until I make it attitude of the song. This song is one that I love a lot and I feel like on a lot of the levels that I can't exactly explain that I relate to this song.
2. Are you Satisfied?: I love this song because I really love the upbeat tone of the song and the fast pace of the song that both seem to fit with the lyrics and go against them at the same time. I also really love the lyrics with how the song seems to be about how it seems to be about asking if you're satisfied with having just an average life but also with how in order to achieve being better than most everyone else is something that takes a lot of work, puts a lot of pressure on and could end up making you unhappy while trying to reach your goals. I'm not sure if I'm getting the message of the song right or wrong but I really love that it tells a clear story to me.
3. Hollywood: I really love that song with how it talks about all the stereotypes of what Hollywood is suppose to look like but also makes mentions to some of less glamorous aspects of the Hollywood dreams as well. I also just like how it's also about how no matter how messed up and fake the reality of the Hollywood ideal is it shows that people still continue to desire that kind of life even though it might not be wise to.
4. I Am Not a Robot: This song is a bit slower paced than the other songs on this list and overall feels like it's in a different style all together and I really enjoy that it sounds different. I love that this song is about how you can't fit into certain molds that are set up for you and that it's much better not to try to be anyone but yourself because who you are and the connections you make while being yourself is more important than fitting into any role the system tries to fit you into. I also really like the use of being like a robot is used through out the song especially with the whole "Can you teach me how to feel real" and I thought that this metaphor worked really well for the song.
5. Hermit the Frog: This song is one that I just found really fun with both the way it sounds and what the lyrics seem to say as well. I'm not entirely sure what the song is about but I think that it seems to some sort of coming age story with how she describes how she went to the doctor believing that something was wrong with her because she developed a dirty mind but no matter what the song it about I know for sure that I love it.
Posted by lillylilac at 7:34 PM No comments:

Email ThisBlogThis!Share to TwitterShare to FacebookShare to Pinterest
Labels: Lists, Marina and the Diamonds, music

How to Get Away With Murder: Smile, or Go To Jail(1.03)Review

Please tell me your thoughts on this episode.
Posted by lillylilac at 7:34 PM No comments: 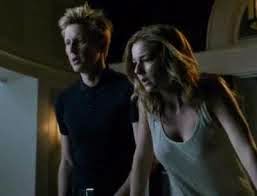 Please tell me your thoughts on the episode.
Posted by lillylilac at 2:58 PM No comments:

Please tell me your thoughts on the episode.
Posted by lillylilac at 2:58 PM No comments:

How to Get Away With Murder: It's All Her Fault(1.02)Review

Please tell me your thoughts on this episode.
Posted by lillylilac at 2:58 PM No comments:

Please tell me your thoughts on this episode.
Posted by lillylilac at 2:57 PM No comments:

1. Wolves of Mercy Falls: This a series that might come to people's right away when they hear this topic but I think it totally meets the theme of this list. The four main characters of this series are all well defined and different and what drives the story isn't the werewolf drama so much as it is the characters thoughts and feelings, I think that's a reason that most people find these books boring is because they look at it as plot driven when it's actually character driven.
2. Impulse: This book deals with three teenagers after they tried to kill themselves and we get see what led them to that point in their lives and we see them do their best to make a recovery and we get to see how there situations look likely they'll change or stay the same once they get back home.
3. Perfect: This one deals with four teens trying to live up to the impossibility of perfection and how they deal with fail to reach this impossible goal that they have set for themselves and when or if they realize that their goal is impossible.
4. Tricks: This book deals with how five very different teens from all over the country end up involved in selling themselves in order to survive. This book looks at all the different ways and reason this may happen to someone.
5. Identical: This book deals with twin sisters who are from a very dysfunctional family that looks nice on the outside but is anything but on the inside. This book shows how differently the two sisters cope with their family situation.
6. Triangles: This book is about three teens who's parents know each other but they have very different things that they all suffering through as the book goes on.
7. White Oleander: This book deals with Astrid's moving from a whole lot of different foster homes through out her life that are all pretty different and shows how she's pretty different in each home as well, this book also deals with a complicated mother-daughter relationship through out the book.
8. Game of Thrones: This book has tons of different characters who are all different and interesting and all effect the plot in someway and the characters are what really makes me love the series.
Posted by lillylilac at 5:16 PM No comments:

Agents of Shield: Heavy is the Head(2.02)Review

Please tell me your thoughts on the episode.
Posted by lillylilac at 5:16 PM No comments:

How To Get Away With Murder: Pilot(1.01)Review

Please tell me your thoughts on this episode.
Posted by lillylilac at 11:17 AM No comments:

Please tell me your thoughts on this episode.
Posted by lillylilac at 11:17 AM No comments: