TV Review: Come and Hug Me

Come and Hug Me Review 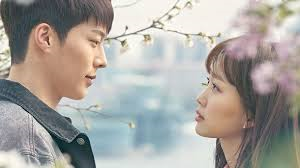 Come and Hug Me is about how Gil Nak Won and Yoon Na Moo are connected to each other both do a friendship and mutual childhood crushes that they have on each other and because Na Moo's father was the serial killer that murder Nak Won's parents and he ended up saving her from that same fate. Nak Won and Na Moo are still living with the trauma of what happened when they were young as adults and both of them now go by different names to try and get a fresh start although this doesn't seem to help much since reports end up looking into them and reveal what their new identities are to the public. Nak Won as gone on to follow in her mother's footsteps and become an actress like her mother was before her death, this is something to keeps her in the public eye of course which one of the reasons reporters seem unwilling to let her move on with her life. Na Moo was become a police officer because wants to try and make up for the damage that his father has done by saving more people's lives than his father has killed. Na Moo ends up facing quite a bit of backlash from the victims families and the public in general because they feel like he should be punished for his father's sins despite the fact that he is a big part of the reason that his father was caught in the first place and he is nothing like his father with how he wants to protect people rather than kill them. Throughout the series there is a question posed whether or not being a psychopath is genetic and whether Na Moo is like his father which he isn't but his father likes to think they're the same so other people who don't know Na Moo well questioned this. 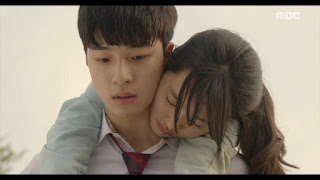 Nak Won and Na Moo are separate for twelve years but end up meeting again as adults and it's clear right away that they still have feelings for each other but they don't get together right away because of the fear of public backlash which would accuse Nak Won of betraying her parents memory by loving the son of the man that killed them and for Na Moo they would think that he's shameless because not only is he daring to be happy after what his father did but he is with the daughter of one of his victims. At first Nak Won and Na Moo keep their distance Na Moo more so than Nak Won but then there seems to be someone who is copying Na Moo's father and is threatening Nak Won which leads to Na Moo being assigned her case and protecting her which leads them closer together and after awhile they decide to forget about everyone else and just try to be happy with each other.

This series also has sub plots about Na Moo's brother Yoon Hyun Moo who strangely idolizes his father at the start of the series and wants nothing more than for him to be proud of him which leads him down a dark path. Hyun Moo eventually starts to see that Na Moo as well as their step Mother and step sister truly care for him in the way a family should which makes him realize that he's wrong to put his faith in his father and instead wants to protect the rest of his family from his father. There's also subplot about Nak Won's adopted brother who is dealing with his own inter darkness while fearing  that Na Moo has it as well and wanting him to stay away from his sister.

Overall this was a fantastic series it was extremely written, acted and directed. This series was one that was really sad especially in the first half but in the end this series was about finding away to heal from your trauma and move on to live a better life in spite of it. Please tell me your about thoughts about this series in the comment section below.
Posted by lillylilac at 4:50 PM

Email ThisBlogThis!Share to TwitterShare to FacebookShare to Pinterest
Labels: Come and Hug Me, kdrama, Review, TV