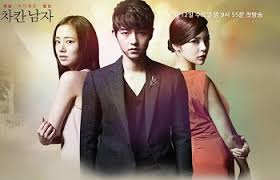 The Innocent Man is about Kang Ma ru a promising young med student who grew up in poverty who ended up taking the fall for a murder that his girlfriend Han Jae hee committed in self defense because she told him that she couldn't bare to go back to the gutter after making herself into a successful reporter. Ma ru goes to prison in Jae hee's place assuming that she would wait for him and continue her career as a reporter but it turns out that Jae hee stops being a reporter soon after the murder and instead marries a CEO who is much older than her and has a child with the man. Years later after Ma ru has been out of prison for some time discovers that Jae hee not only didn't wait for him but has also stopped being a reporter decides that he will take his revenge on Jae hee by bring her back down to his level. 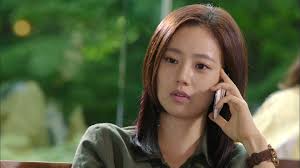 Ma ru decides that the best way to get under Jae hee's skin is to start a relationship with Jae hee's step daughter Seo Eun Gi who is around the same age as Ma ru and Jae hee so it's unsurprising that Eun gi doesn't like that her father left her mother for Jae hee. Eun gi is ambitious, cold and has a temper which are traits that can both help and hurt her while working in her father's company, she wishes to be the CEO once her father steps down but her father would rather her younger brother(who is currently only five) be the one that takes over for him since he believes that men make better leaders. Eun gi has a lot of resentment towards Jae hee even before she meets Ma ru which is why she agrees to date him even after it becomes clear that he has ulterior motives for why he approached her in the first place.

Eun gi eventually begins to fall for Ma ru as he starts to notice her hidden softer side which is something he uses to win her affections in order to get closer to her in order to mess with Jae hee but Eun gi's softer side also leads to Ma ru developing some feelings of his own that he won't admit to having. About halfway through the series a lot of dramatic things happen all at once there's some character death, injuries and a time jump which leads to the second half of the series mainly dealing with the fall out of what happens midway through the show.

Overall I really enjoyed this show, the story was one that was driven by revenge and filled with manipulation which is something that I find to be very enjoyable in a story even it did get a little too dramatic at times. I thought that the main characters were very well written and acted, I liked that the characters were more intriguing than likable for the most part. I really loved the music for the show, I felt like it suited the tone of the show perfectly. Please tell me your thoughts on this show in the comment section below.
Posted by lillylilac at 6:26 PM