Book Review: The Light Between Worlds

The Light Between Worlds Review 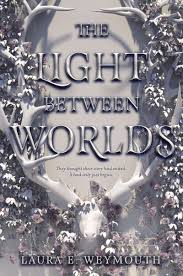 The Light Between Worlds is about two sisters Evelyn and Philippa Hapwell who were sent to a magical world called the Woodland along with their brother on a night where they were hiding from a bomb raid that was going on in their home world of world war II era England. The story deals with how the sisters deal with being brought back to the real world after having lived in the woodland for several years. Evelyn basically can't function in her home world at all and she actively tries to not find anything that connects her to it because she wants to go back to the Woodland one day which leads to everyone around her worrying about her mental health. Philippa throws herself back into her home world and overall does a good job at reconnecting with it but she endlessly worries about her sister and ends up making herself so sick with worry that the people closest to her suggest she studies abroad just so she could get a break from taking care of Evelyn.

Overall I didn't really like this book it was slow and boring most of the time, the premise was interesting but I didn't feel like the book executed it well. Evelyn was a character that I couldn't really connect with or understand despite being in her point of view for half the book so I didn't sympathies with her plight. Philippa was a better character than Evelyn but still not one that I found terribly interesting either. Please tell me your thoughts about this book in the comment section down below.

Posted by lillylilac at 4:25 PM

Email ThisBlogThis!Share to TwitterShare to FacebookShare to Pinterest
Labels: Books, Review, The Light Between Worlds